During this Constitution Café we will be reviewing:

Representatives and direct Taxes shall be apportioned among the several States which may be included within this Union, according to their respective Numbers, which shall be determined by adding to the whole Number of free Persons, including those bound to Service for a Term of Years, and excluding Indians not taxed, three fifths of all other Persons. The actual Enumeration shall be made within three Years after the first Meeting of the Congress of the United States, and within every subsequent Term of ten Years, in such Manner as they shall by Law direct.

Representatives shall be apportioned among the several States according to their respective numbers, counting the whole number of persons in each State, excluding Indians not taxed. But when the right to vote at any election for the choice of electors for President and Vice-President of the United States, Representatives in Congress, the Executive and Judicial officers of a State, or the members of the Legislature thereof, is denied to any of the male inhabitants of such State, being twenty-one years of age, and citizens of the United States, or in any way abridged, except for participation in rebellion, or other crime, the basis of representation therein shall be reduced in the proportion which the number of such male citizens shall bear to the whole number of male citizens twenty-one years of age in such State.
​Related Links:
Prison Gerrymandering Project https://www.prisonersofthecensus.org/

Department of Commerce v. New York, No. 18–966, 588 U.S. ___ (2019)
Was a case decided by the Supreme Court of the United States dealing with the 2020 United States Census. The case revolved around the decision of the United States Census Bureau under the Trump administration to include a question asking whether respondents are United States citizens or not on the standard census questionnaire sent to all households. Such a question had been purposely omitted from this "short form" since the 1950 Census as officials and sociologists widely fear it would reduce participation in the census. It has been used on the "long form" American Community Survey sent to a subset of households and used for statistical estimation. 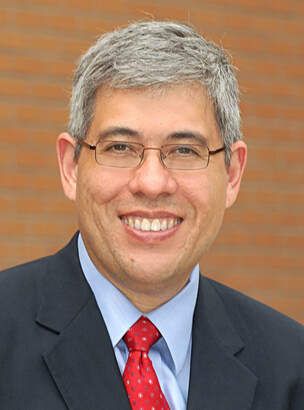 About our discussion leader:


Jack Chin ​
​
Gabriel "Jack" Chin is a teacher and scholar of Immigration Law, Criminal Procedure, and Race and Law. His scholarship has appeared in the Penn, UCLA, Cornell, and Harvard Civil Rights-Civil Liberties law reviews and the Yale, Duke and Georgetown law journals among others. The U.S. Supreme Court cited his work on collateral consequences of criminal conviction in Chaidez v. United States, 133 S. Ct. 1103, 1109 (2013), in which the Court called his Cornell Law Review article “the principal scholarly article on the subject” and in Padilla v. Kentucky, 130 S. Ct. 1473 (2010), which agreed with his contention that the Sixth Amendment required defense counsel to advise clients about potential deportation consequences of guilty pleas.  Justice Sotomayor cited his Penn Law Review article in her dissent in Utah v. Strieff, 136 S. Ct. 2056, 2070 (2016).

He teaches Criminal Law, Criminal Procedure, and Immigration, and is Director of Clinical Legal Education.  He also works with students on professional projects. His efforts with students to repeal Jim Crow laws still on the books includes a successful 2003 petition to the Ohio legislature to ratify the Fourteenth Amendment, 136 years after the state disapproved it during the ratification process. He and his students also achieved the repeal of anti-Asian alien land laws which were on the books in Kansas, New Mexico and Wyoming. For this work, "A" Magazine named him one of the “25 Most Notable Asians in America.” In connection with classes with a practical component, he has tried felony cases and argued criminal appeals with his students.

Professor Chin earned a B.A. at Wesleyan, a J.D. from Michigan and an LL.M. from Yale. He clerked for U.S. District Judge Richard P. Matsch in Denver and practiced with Skadden, Arps, Slate, Meagher & Flom and The Legal Aid Society of New York. He taught at the Arizona, Cincinnati, NYU and Western New England law schools before joining the UC Davis faculty. His professional activities include service as Reporter on the Uniform Collateral Consequences of Conviction Act, approved in 2009 by the Uniform Law Commission, and for the ABA Standards for Criminal Justice: Collateral Sanctions and Discretionary Disqualification of Convicted Persons (3d ed. 2003).  Chin is a founding board member of the Collateral Consequences Resource Center and a member of the American Law Institute.